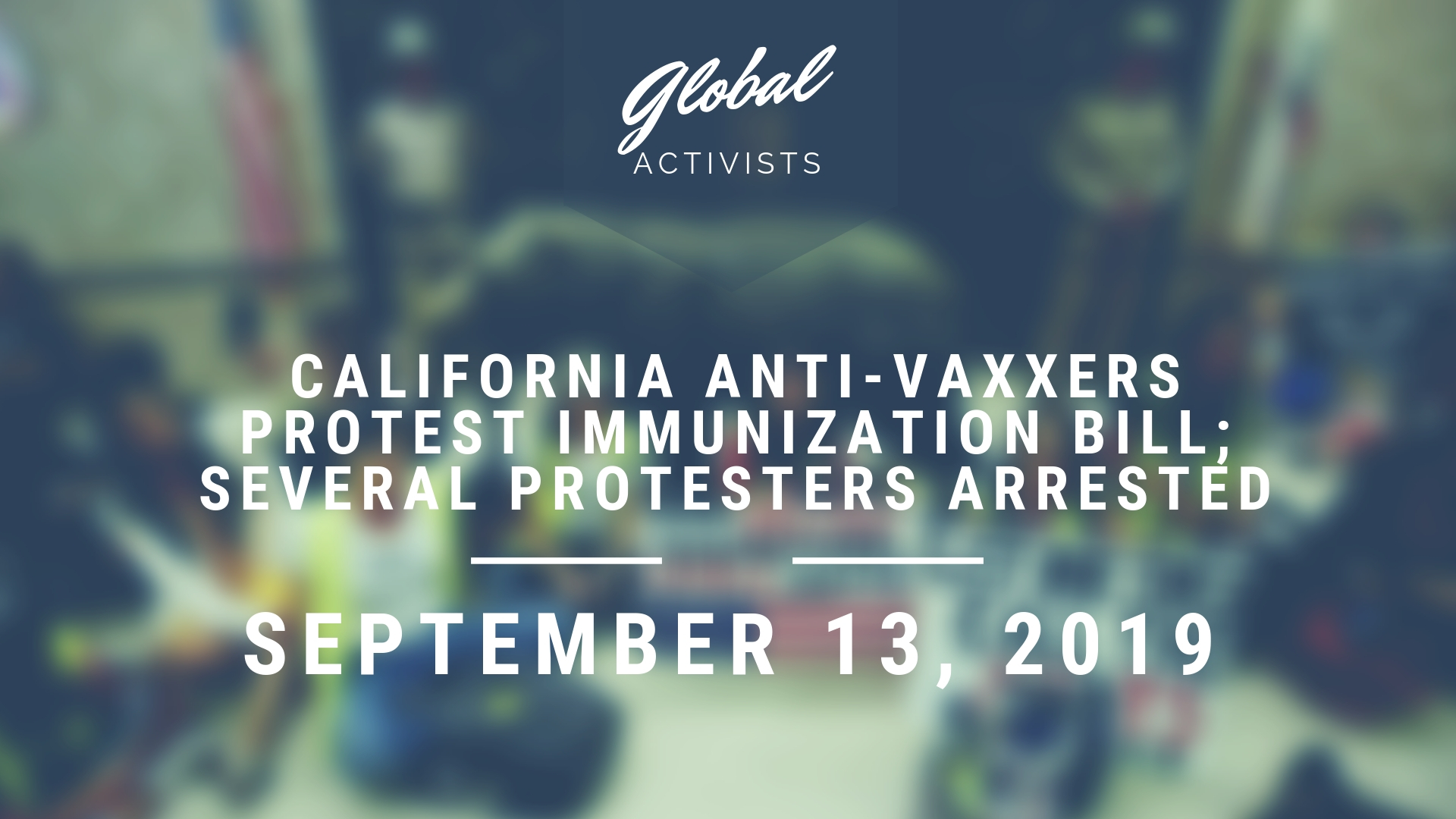 California officials have made it mandatory that children receive vaccinations before a group of women and anti-vaxxers are protesting it. And, these women have compared themselves to civil rights activists.

The group, during the sit-in at the State Capitol, sang and chanted, “We Shall Overcome” – the very anthem that was used during the 1960s civil rights movement.  The ladies walked up and down the halls outside the governor’s office, repeating “no segregation, no discrimination, yes to education for all). Some women wore shirts saying Freedom Keepers.

Hundreds of anti-vaxxers came to Sacramento to protest the legislation that cracked down on medical exemptions for children’s immunizations.  The group felt their plight, which is about the choice to vaccinate or not vaccinate their school-aged children, is on the same level as the African-American’s fight to have equal constitutional rights and to end segregation in the school.

However, legislators were horrified by the chants and slogans, using themes from an on-going battle for the African-American community to ensure their equal rights.

One assemblywoman, Sydney Kamlager-Dove said the topic of vaccination is centered on choices… not race. She said it’s a luxury to have such a conversation about a parent’s right to vaccinate or not vaccinate their child.

Protestors blocked the building’s entrances and brought to a halt both state legislative chambers.

Arrests were made – seven total with one involving a woman who threw menstrual blood in a cup at the state senators. Six of them were hit with it.

Two of the bills author, Sen. Richard Pan, said the incident is the result of the anti-vaxxers’ leaders to incite violence.  The measures are designed to decrease the amount of fake medical exemptions that parents are using to not vaccinate their child before they can go to public schools.

A Voice for Choice President Christina Hildebrand said she was not happy about the woman who threw menstrual blood but feels the fight is similar to the civil rights movements African-Americans had in the 1960s. She said it’s at the very beginning of such a movement, so this is why the two are similar.

Deforestation Of Any Forest Is Deadly To The Global Community