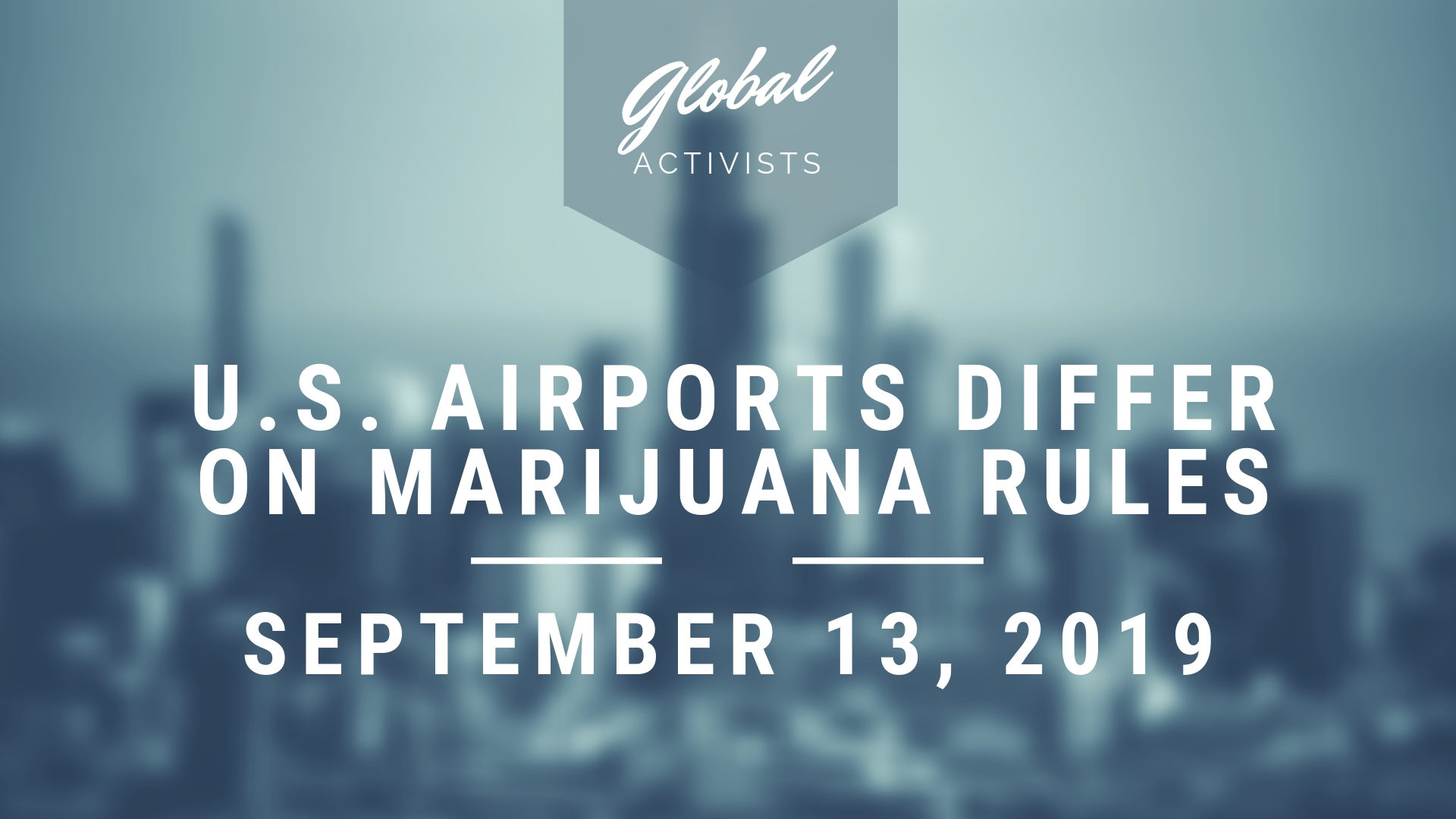 Although it will soon be legal to purchase recreational marijuana in Illinois, taking aboard a plane may be a bit difficult to do. And, that’s because, on a federal level, it’s still illegal to use marijuana. Airport personnel in states where marijuana is now legal must draft rules on how to handle weed when TSA screens passenger bags.

According to Patrick Mullane, mayoral spokesman, Chicago and the TSA are working together to develop rules for 0’Hare International and Midway Airports’ passengers. The city is also using examples to develop a policy of its own. For some airports, police will not intervene in cases where travelers are over the age and meet quantity limits. Other airports, on the other hand, will not allow legally-purchased marijuana to be brought on.

While airports won’t allow passengers to fly with marijuana, police will not confiscate it either. For example, police in Juneau, Alaska will let a person stash their stash for safekeeping – keeping it with a friend or in their vehicle. Police will not hold onto the marijuana either, as they end up destroying it.

Las Vegas’ McCarren International Airport set up a green metal container marked “Disposal for Prescription and Recreational Drugs” that allowed travelers going to the airport to get rid of their medications before boarding a plane. These boxes are also known as amnesty boxes, which are emptied weekly by an airport-hired company to get rid of controlled substances. A police officer accompanies this person.

Airlines see this as a cut-and-dry issue with American, Alaska and United not wanting marijuana on their planes due to federal laws. TSA agents are not actively looking for marijuana either. Officers, however, won’t look away if they believe something is illegal based on federal law while looking through a bag. They won’t make an arrest but will call in the police.

All airports have their own rules regarding marijuana. Los Angeles airport police understand travelers will pass security checkpoints where federal law states marijuana is illegal, but they don’t enforce it. Seattle won’t confiscate marijuana but do warn them that even if they purchase it, the end destination may not allow for it.

And, some airports such as those in Nevada, Alaska and Colorado, will prohibit possession of weed.