DETAILS On May 24th in Chicago, McDonald’s will be holding their annual Shareholders’ Meeting, reveling in their profits and ignoring the abuse of hundreds of millions of chickens in their supply chain. We will use this day to stage our first U.S. protest, gathering animal advocates and compassionate people from across Chicagoland and beyond to stand up for chickens. Please join us for this silent protest, along with fellow animal protection groups The Humane League, Mercy For Animals and Compassion Over Killing as we share our message. If you cannot attend, you can still help! Please sign our petition at McChickenCruelty.com MEETING SPOT: La Colombe Coffee Roasters 955 W. Randolph St, Chicago, IL 60607 (just a block away from the protest spot) Please arrive by 8:45am PROTEST LOCATION: McDonald’s 1043 W. Randolph St., Chicago, IL 60607 Protest will take place from 9-11am PLEASE NOTE: RSVP to attend either on this FB event or by emailing ollied@animalequality.org As media will be attending, please dress in business casual if possible. BACKGROUND McDonald’s failure to adopt meaningful animal welfare reforms may pose a risk to shareholders if stock prices were to drop as a result of consumer boycotts. Since March, hundreds of thousands of consumers have participated in a robust campaign by Animal Equality and other animal protection organizations calling on the fast-food giant to make changes that would reduce the suffering of the hundreds of millions of chickens raised annually for its menu items. Deficient corporate policies have the potential to impact stock prices by shaking consumer trust in the brand. In 2013, Tyson shareholders demanded the company disclose the financial risks associated with its use of controversial farming practices. In 2015, Walmart’s own research found that 77 percent of their consumers would have better trust in a company that abided by “humane” welfare standards. Nearly 90 companies – including McDonald’s competitors Burger King, Subway, and Jack in the Box – have already adopted policies requiring that suppliers switch to healthier breeds of birds to reduce the severe pain they experience from growing unnaturally large, unnaturally fast; ensure that chickens have more room to move; monitor the air and litter quality so the birds aren’t forced to sit in their own waste, causing ammonia burns and feather loss; and provide environmental enrichment, such as perches and straw bales that promote natural behaviors such as pecking, perching and dust-bathing which the birds are currently denied. Meanwhile, McDonald’s continues to drag its feet. Learn more at McChickenCruelty.com ABOUT ANIMAL EQUALITY Animal Equality is an animal protection organization that works toward a world without animal suffering. Animal Equality is a voice for farmed animals all over the world inspiring society, companies and policy makers to adopt compassionate changes for animals. The organization is active in the United States, United Kingdom, Germany, Italy, Spain, Mexico, Brazil and India. 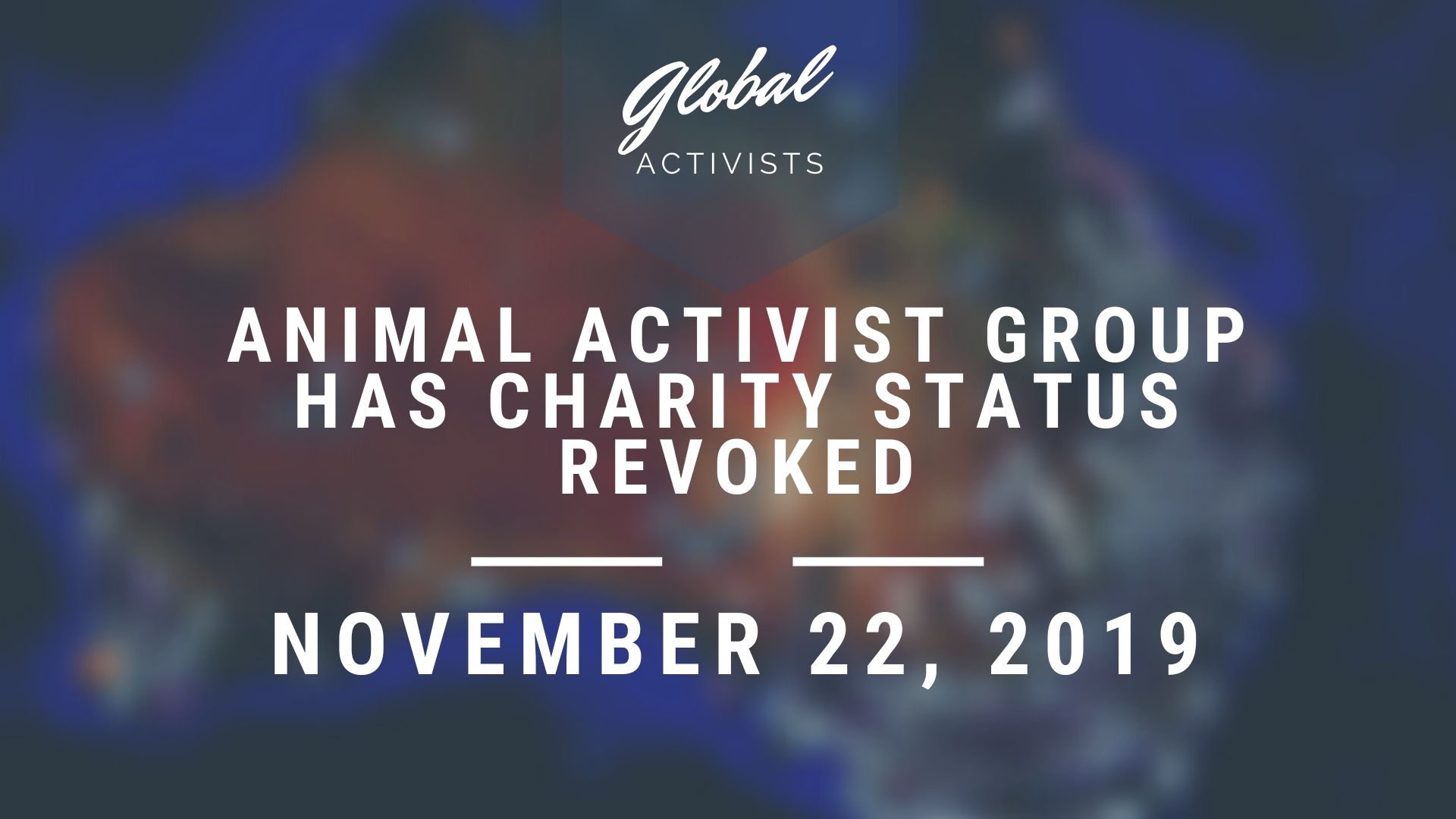 Aussie Farms, an animal activist group that publishes farm information for consumers and vegan protestors, no longer has its charity status.

According to Australian Charities and Not-for-Profits Commission, the charity regulator, the organization no longer had its status after federal government complaints sparked an investigation. The organization has been accused of inspiring vigilantism and trespassing. The Coalition wanted the charity commission to look into whether or not their status needed to be revoked due to their encouragement into illegal actions.

The Coalition, in response to the widespread vegan protests that happened earlier this year, gained support for the “vegan terrorist” laws targeted at the group. These laws make it illegal for anybody to promote or encourage others to trespass.

ACNC Commissioner Gary Johns has actively been critical of the charity sector, saying the revocation of the status is the most stringent action regulators can take against an organization. Charities, he said, must adhere to their purpose and meet their obligations set forth under the ACNC Act, Charities Act and abide by the Governance Standards.

By taking action, the ACNC is abiding by the Regulatory Approach Statement to make sure any potential wrongdoing is addressed, proper action is taken immediately and that it falls in line with the problems they want to address.

ACNC said in a statement that no information about its investigation’s findings would be released and would not comment any further due to privacy provisions as laid out in the ACNC Act.

David Littleproud, former agriculture minister, called for Aussie Farms to be stripped of its charity status in January for publishing farms and abattoirs’ addresses using an interactive map. He said Aussie Farms should not be allowed to keep their charity status.

Prime Minister Scott Morrison also chastised the group saying it was dirty of them to embolden people to participate in on-the-farm protests. 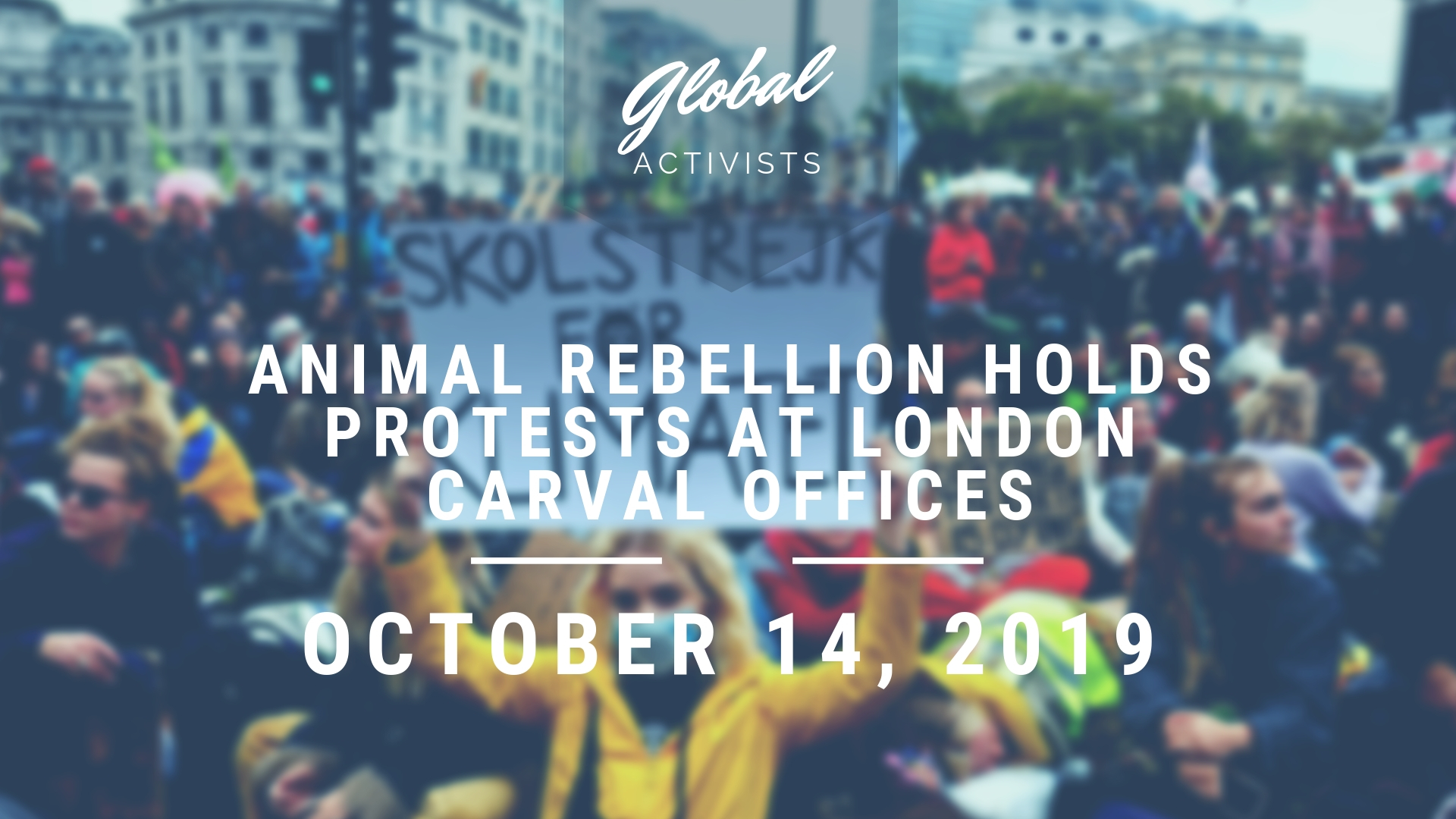 Animal Rebellion posted a video on Twitter that showed demonstrators in the CarVal’s lobby. In the video, the group claimed they were at the head office in London, calling Cargill one of the world’s worst companies for destroying the ecosystem.

However, the main office for Cargill is actually in Weybridge, Surrey, which is 30 miles from London. Cargill founded CarVal in 1987, but in a management buyout, it was sold last month. Cargill is still invested in the funds with CarVal overseeing roughly $10 billion in corporate loans, securities and more.

Climate change activists have held demonstrations throughout London, which has disrupted the city and flights. The group is demanding immediate action on reducing fossil fuel emissions and fixing current environmental policies for what they feel is a climate emergency.

Animal Rebellion spokesman Alex Lockwood said they went to offices to protest about the insane amount of money going into animal agriculture support. The group’s intent is to end livestock farming and move toward a plant-based food program. Lockwood said it’s time to reinvent the food system, which he claims is broken.

Meat manufacturers have faced intense scrutiny by scientists who claim the industry is a huge source of deforestation and methane emissions. Cargill announced in July it was working to reduce its own climate footprint and cut 30 percent of its greenhouse gases across North America by 2030.

Cargill said the protest at CarVal was minimal in the way of disruption, but that it was dedicated to carrying out business in a safe manner.